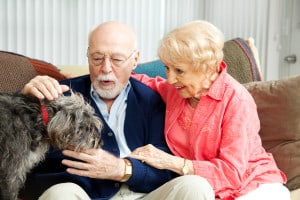 If you’re familiar with the Individual Gifting/Medicaid Compliant Annuity (MCA) plan, you already know clients may gift some of their assets while using the rest to purchase an MCA. This makes the client become otherwise eligible for Medicaid benefits while providing them with a healthy stream of income to pay for out-of-pocket expenses. This typically doesn’t apply to married couples, since using a traditional community spouse annuity makes more sense for them. In some situations, Double Gifting may be a good option, too.

If both spouses were institutionalized, a traditional community spouse planning wouldn’t work. They’d both have the nominal asset limit applied to them to receive benefits. The Individual Gifting/MCA plan also wouldn’t work because when they’re institutionalized at the same time, anything one spouse does is considered done for both. This is where “Double Gifting” comes into play.

How Does Double Gifting Work?

Double Gifting takes care of the penalty period that would otherwise be placed on both couples. Let’s look at a case study to better understand this.

Bob and Darla, 90-year-old Illinois residents, will be moving to a nursing home per the decision of their family. However, nursing home costs are already very expensive, even before considering they need to pay that amount for each of them. The family will have to spend Bob and Darla’s assets quickly because of this. Since neither of the two are entitled to a CSRA, they’ll have to pay a higher spend-down than most individuals in a traditional community spouse plan. Using the Double Gifting strategy, Bob and Darla will be able to qualify for benefits while preserving assets for their beneficiaries.

With $152,000 of combined countable assets, their spend-down amount totals $149,000 when you subtract their $3,000 resource allowance. We’ll divide this number by $30,000 to get the penalty period, which comes out to 4.97 (rounded to 5 months). Bob and Darla will serve this five-month penalty period at the same time. Multiply this figure by their divestment penalty divisor ($16,000) and their intended beneficiaries will receive $80,000.

With each needing an annuity that pays for five months, Bob will buy an annuity with a single premium of $33,500 and Darla will need one for $35,500. This amount totals the $69,000 amount stated earlier. With a combined $90 shortfall totalling 180, their 5-month shortfall will come to $900. However, assuming Bob and Darla keep $3,000 or less in countable resources, they should easily be able to cover this amount.

What Are the Benefits of Double Gifting?

The benefit of Double Gifting is they’ll save $80,000 for their intended beneficiaries. If they didn’t go this route, they’d have to spend their entire amount of assets. This would have only taken 10 months when you consider their excess resources totaled $149,000. By using this strategy, they saved a lot of money for their family while attaining Medicaid eligibility in just five months.

It might seem overwhelming for a family to imagine paying for two individuals in a nursing home, but by utilizing the Double Gifting technique, they’ll be able to alleviate a lot of that stress. The Krause Agency is here to support you and answer any questions you may have, contact our office today!